A new decade has just begun, and never before photographers had so many choices in digital cameras and lenses. Mirrorless cameras are now the forefront making DSLRs not obsolete but putting them in the second row. Some other niches in photography started attracting momentum like film photography in general. Many lenses in different mounts can both effectively be used on film and with adapter on mirrorless digital cameras. This blog starts a series of vintage lens reviews which I tested both on film and digital camera gear. I consider these "gems" because they are either under-represented and might offer unique advantages hard to find elsewhere for a very good price/quality ratio.

Personally I find vintage lenses from the 1940s to 1960s very interesting since some of them exhibit qualities irreproducible with new digital lenses. Why is this? Because > 60 years ago lenses were much more simply built to accommodate lower resolving 35 mm films. Also lens coating technology and very accurate robotic lens element manufacturing did not yet exist or was just at the beginning. Lens bodies were much smaller as nowadays lenses due to much less lens groups used and lack of auto-focus plus other electronic features like in-lens image stabilization. Floating lens elements were introduced first in the late 1970s. Less lens elements and none or minimal lens coating gave many lenses of this era a unique character. Modern lenses purposely removed these characteristics to improve corner-to-corner sharpness of the frame, have less chromatic aberration, minimal halo effects, and higher micro contrast. Good example for this are modern Leica Summilux (f/1.4) lenses which are aspherically corrected and go for a minimum of $4K in M-mount.

Lesser known but very interesting for those considering vintage character lenses is the often overlooked Summilux predecessor, the Leica 50/1.5 Summarit lens which was made first in LTM screw-mount and later in M bayonet mount. In comparison, this lens if found in very good condition with low amount of scratches on outer lens elements goes between $500-800 as used copy. The name Summarit is now a bit misleading after Leica introduced a novel f/2.4-based Summarit lens line in 2007. Those are seen as entry-level M-mount options for a much cheaper value compared to their f/2 Summicron counterparts. The new Summarit lens designs have nothing in common with the old 50/1.5 design first released in 1949. This 50/1.5 lens design relates to the predecessor which is the Leica 50/1.5 Xenon lens licensed by Taylor Hobson but now came with additional lens coatings for 7 lens elements in 5 groups. The lens is an oddball in the Leica line, and exhibits one property of only few in the history of LTM/M lenses: it transmits UV light, therefore it is highly recommended to use an E41-filter thread based UV filter for film photos (it could be very interesting to be used on a full-spectrum converted mirrorless digital camera for UV-photography!). The lens is beautifully made from brass with chrome finish and weighs 300 grams. The aperture ring has full stops between f/1.5 and f/16. The last stops between f/8 to f/16 are very close to each other on the ring - caution is needed not to accidentally jump over one stop here. Often the minimum focus distance of one meter is mentioned as con of this lens - but for film rangefinder focusing one meter was the minimum distance accessible with the rangefinder path anyway. When adapting this lens to a modern digital mirrorless camera with electronic viewfinder (EVF), close-up adapters can be easily used between adapter and lens mount to allow closer focusing as shown in a few examples below. The lens has a focus tab which locks into infinity position. The lock can be sometimes a bit of a hassle when trying to quickly achieve focusing between infinity (locked) and > 50 meters (unlocked). 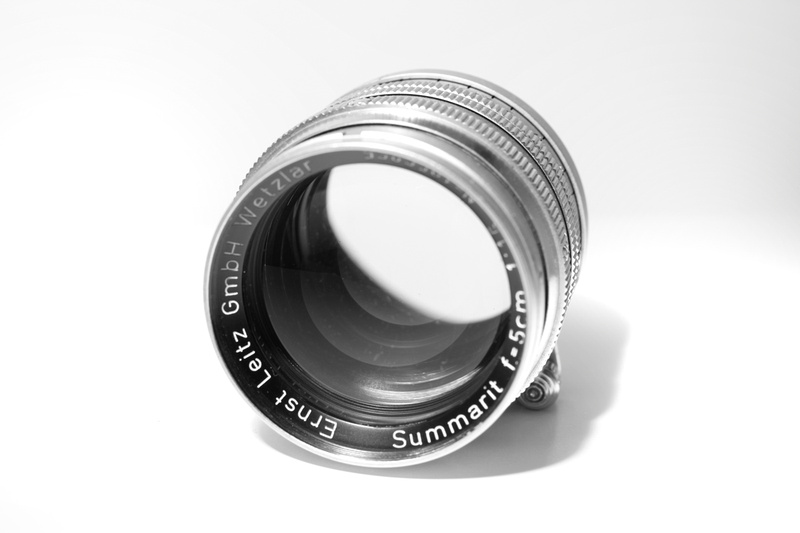 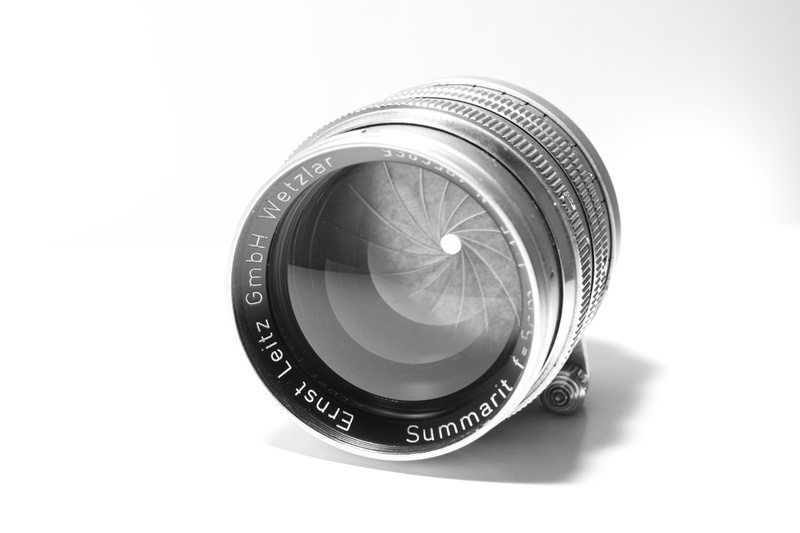 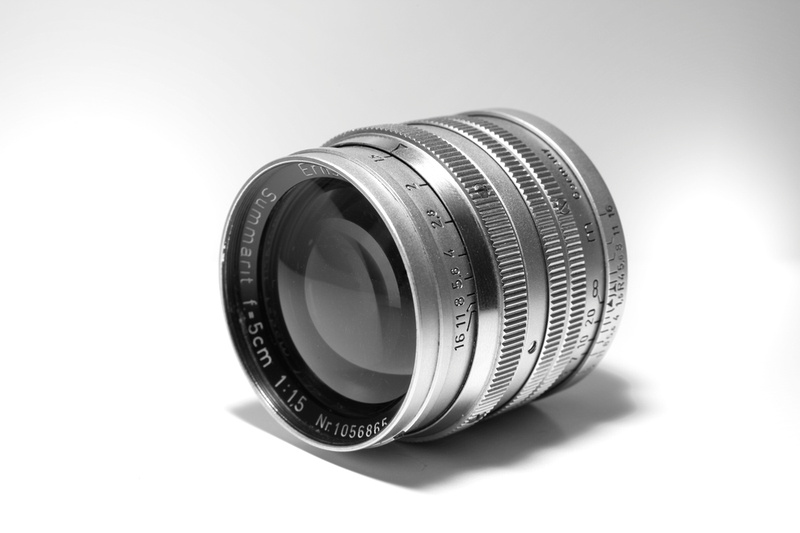 I found a very good nearly mint copy of the 50/1.5 Summarit lens in LTM mount on FB Marketplace sold by a fellow photographer. Since I own LTM and M-mount film cameras, I preferred the older LTM mount since I am now able to use this lens on my Leica IIIc and as well on my M-mount cameras with cheap LTM/M-adapter from China. The Summitar lens mounted on my M-cameras is well balanced but attached to my IIIc it leans forward. Focusing works well even on my IIIc - wider open the focus was still spot on! 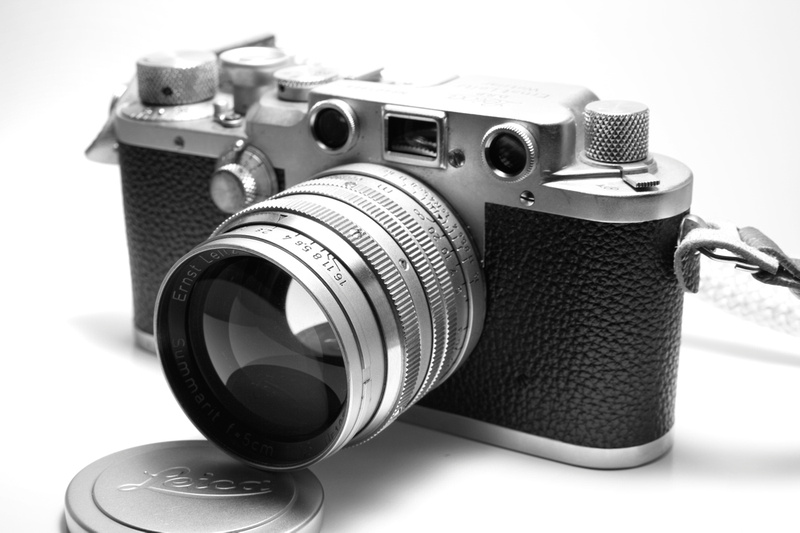 The lens exhibits a dreamy-like bokeh wide open at f/1.5 and f/2.0. You might need to use an additional ND filter to be able to shoot wide open at 1/1000 sec or less in bright weather conditions. In this fast aperture range the center focus is reasonably sharp but very low in contrast - less visible on film but certainly on a modern digital FF sensor (slightly increasing the contrast in post-processing is needed here). The bokeh balls are nothing like doughnut-like structures often seen with lenses made around the same time like the Leica 50/2.0 Summitar lens (will be reviewed in a future blog) but nicely circular without pattern. Sometimes they can be distorted creating very unique effects in the background - even with some triangular shapes. When closing down the lens aperture to f/4.0 and higher aperture number, the Summarit properties merge into those of a standard vintage Summicron 50 mm lens: sharp from corner-to-corner without distortions. The lens seems to be sharpest in the center at f/8.0 as expected with most vintage lenses. But even closed down, the image keeps a softer look with yellowish tint in coloration.

Even mentioned often as an issue in earlier lens reviews, I didn't see lens flaring as a biggie even when shooting against the diffused sun. I still would recommend using a 41 mm generic lens hood to avoid the clumsy and expensive Leica hood for this lens.

Examples with Leica 50/1.5 Summitar lens on film: (Hover over image to see the technical info) 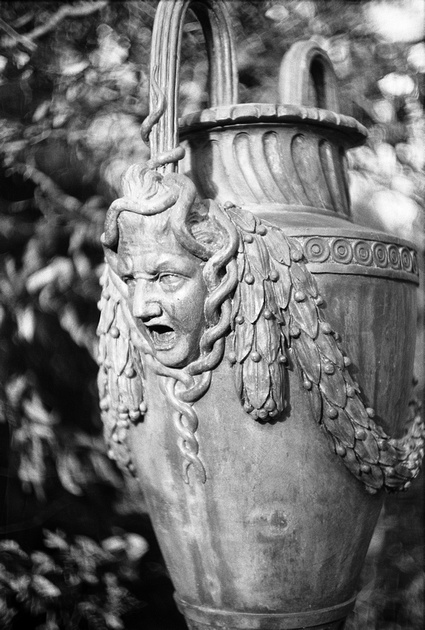 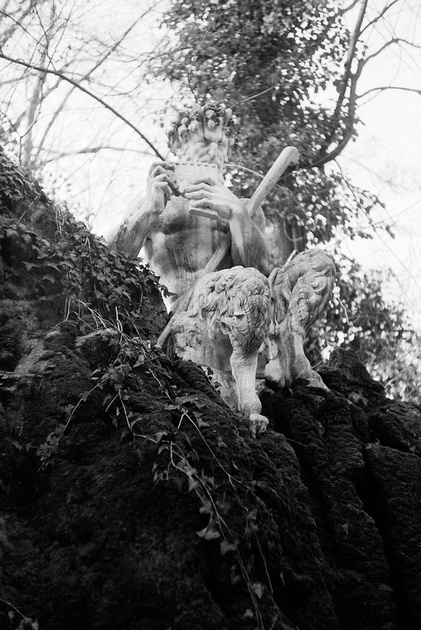 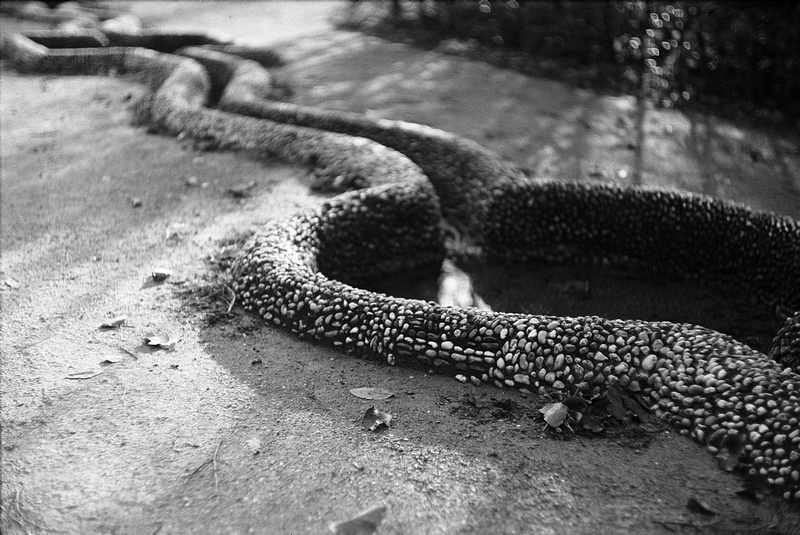 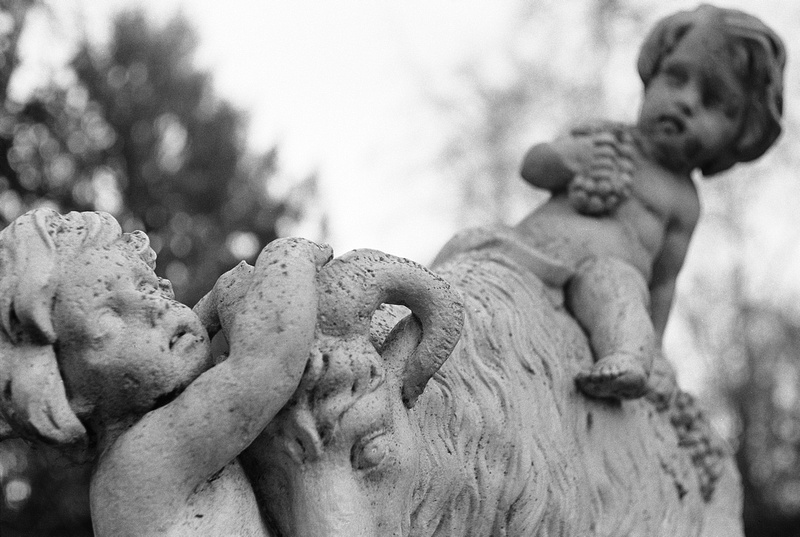 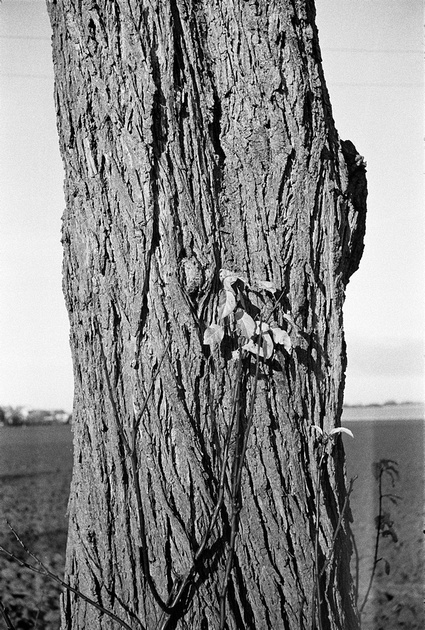 Examples with Leica 50/1.5 Summarit lens adapted on Sony A7R with LTM/E-mount adapter: (Hover over image to see the technical info) 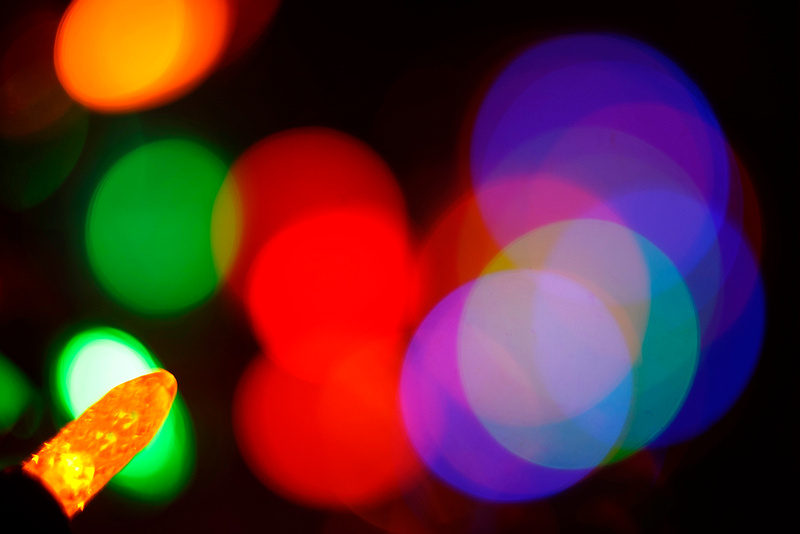 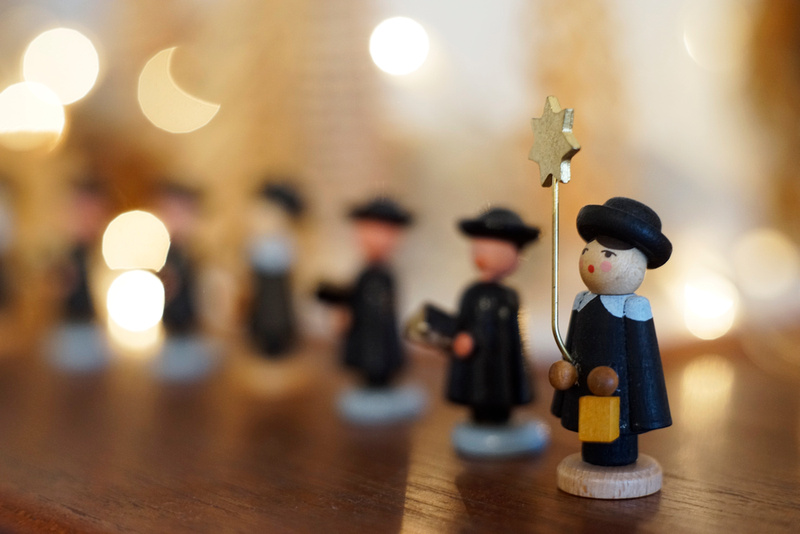 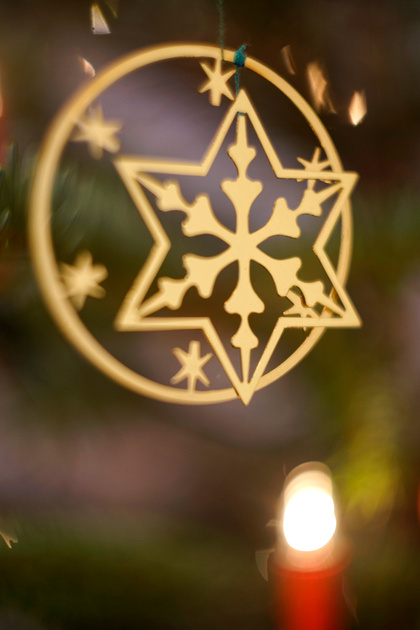 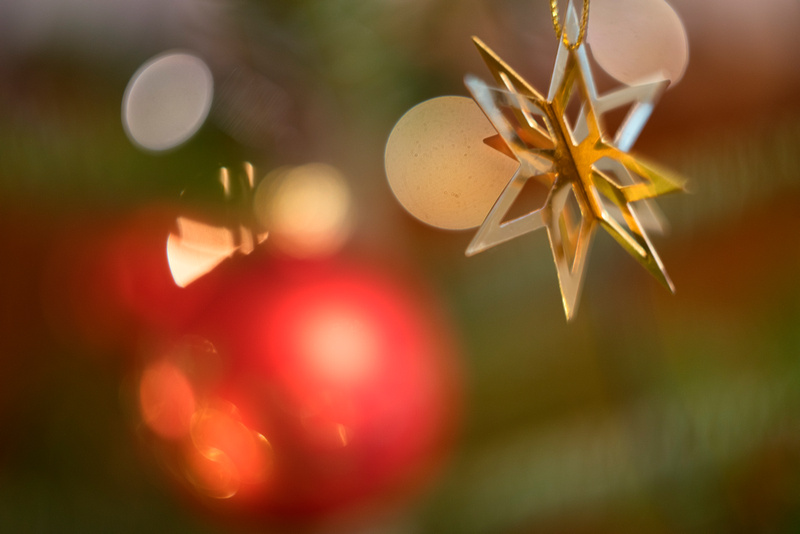