Battle of the Titans: When to Use Film Or Digital with 35 mm Format

If you are fortunate enough to have at least one film and one digital camera, and you feel comfortable shooting with either medium, then sooner or later you might ask yourself: do I take my film or digital camera today - or maybe both? I found myself struggling with the question very often - important enough regarding decision-making that I decided to write in my blog about it. This is also meant to be a guide which medium - film or digital - to select depending on expected circumstances while taking photos later.

This is a very critical factor to make a suitable choice: during which season, and at which time of the day. I found that spring definitely benefits from color photography with blooming flowers everywhere for a couple of weeks. Combine this scenario with sunlight - better in the morning or afternoon sun to provide more yellowish glow with backlit flower petals to the scene - and you will benefit from vibrant photographs. Both media are fine to use here - digital will surely do a good job here, and it is the safest bet to get home with excellent results. But for photos to stand out in regard to color saturation combined with blues sky, you might also consider grabbing either a Kodak Ektar 100 color negative film or a daylight color slide film. The latter forces you to expose very accurately, better slightly underexposed half a stop to avoid clipped highlights with the slide film. With negative film, always overexpose a bit to avoid too dark shadows without any detail. Slide film will provide you instantly with the "real" film colors whereas negative film needs to be adjusted according to the film back white balance which can be tedious. There is a difference between digital and film - but with good post processing, someone can make digital files look like a close match to the film shots. A circular polarizer is recommended to be used both with digital and film. The colors will be a bit more saturated and especially the sky will look more blueish in contrast - great with yellow/red flowers! 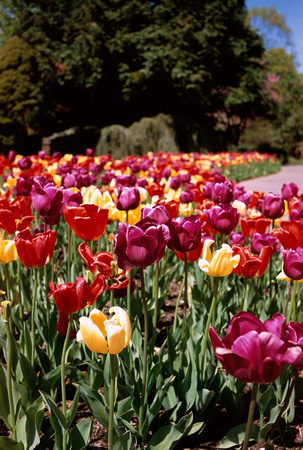 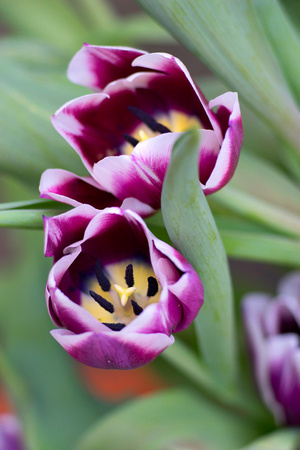 Outdoors in summer, colors tend to fade quite a bit or are overpowered by lots of green. In summer, I often tend to shoot mostly B&W for this reason. Scenes tend to be contrasty and filled with highlights and shadows bringing out patterns well. Related to B&W photography is infrared (IR) photography which is best to do during the mid of the day when the sun is brightest. Foliage will turn out bright white in IR with sun reflecting from the leaves or needles. For B&W, my preferred choice is film - I have the choice of multiple B&W films which provide me either with larger grey gamut or with high contrast. During bright sun conditions, I normally choose either Ilford PanF+ 50 or Ilford FP4+ 125 since I prefer wider grey tonal range over very contrasty looking results. A digital camera can be set to monochrome mode which will save the JPG file in B&W but keeps the hopefully also saved RAW file in color (exemption are Leica monochrome cameras which only see in B&W). I find it nearly impossible to reproduce B&W film photos with digital files - both work of course but with different outcome. Same is true for IR: film infrared photos look different than post-processed digital IR files in B&W. Try both in parallel - either just B&W or for IR - to see what you prefer and if film is worth the effort for the difference seen. A well taken B&W (or IR) negative will shine when printed from it in the darkroom on photosensitive paper - impossible to reproduce with an inkjet printer. 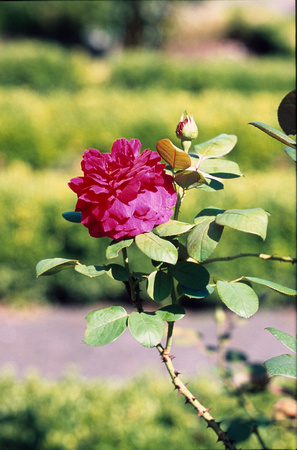 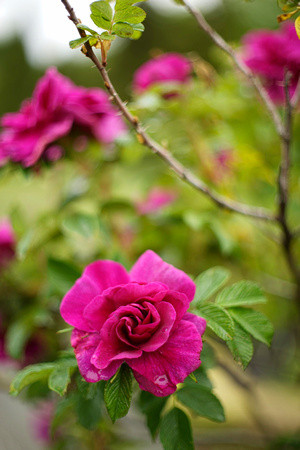 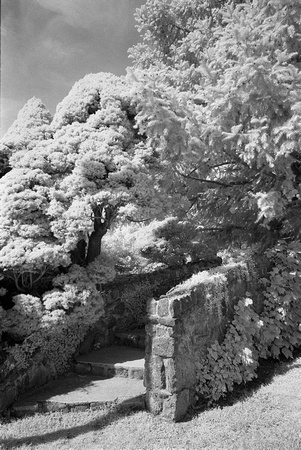 Fall is a great time to go again with color - only this time yellow-orange/red tones will be dominant. Any vibrant color film will work here as well as digital. A great time in late fall also to take photos of sunrises/sunsets - I love taking those with Fuji Velvia 50 slide film. The film brings out orange/red colors in a very unique way, very different from other films and especially digital. ISO 50 allows longer exposure times and negligible grain. Best time also to take photos in the fog early in the morning - overexpose about one third or half a stop in this kind of scenes. 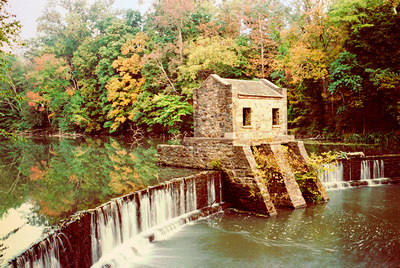 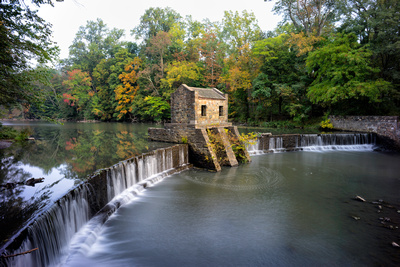 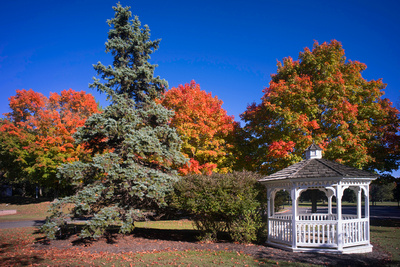 Winter is clearly the best time for B&W photography but can also provide good opportunities for color. Snow will always make the reflective meter underexpose - make sure to overexpose scenes with snow on the ground at least half a stop or better one stop. 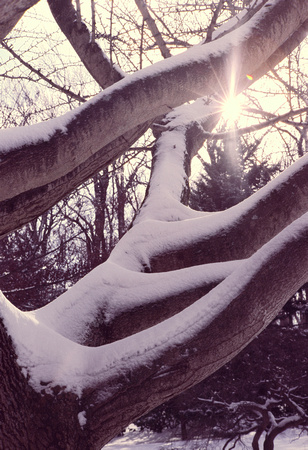 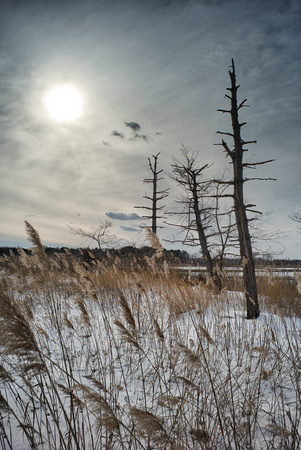 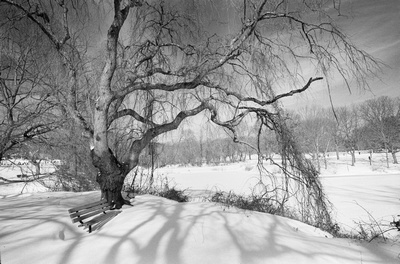 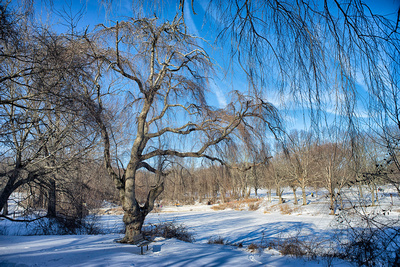 I prefer taking photos of events with people present with lots of changing light situations - for example both outdoors and indoors - in B&W. Film is the more forgiving medium here due to its lower 35 mm film resolution compared to digital full frame format: in case the camera shakes a bit indoors at wider open aperture but with 1/15 sec, the photo will still look okay even if it is a bit blurry. With digital you have the option to go higher with ISO to avoid slow shutter speeds but only with Auto-ISO option in the camera - otherwise you likely will lose the moment when trying to change to higher ISO manually and doing the reverse when heading outdoors again. Clipped highlights in an indoor environment taken with digital are very common - but can be fully avoided with film. I am more focused on capturing a moment when using my 35 mm film camera whereas I feel more distracted by my digital camera to review the taken photo directly afterwards on the LCD camera screen. All in for film here! In street photography, you need to be fast, and I often found it beneficial to take photos from my hip instead of wasting time to focus. Zone focusing is critical - best use a 35 mm manual focus lens between f/5.6-8.0. In sunny weather, an ISO 125 or 200 film suffices, in cloudy conditions definitely go with an ISO 400 film which can be pushed up to ISO 1600. This guarantees fast enough shutter time to take the shot with movement. The smaller and less conspicuous the camera, the better - best is a rangefinder camera which can be easily be seen as a modern Fuji mirrorless camera. There are many suitable digital camera options which are also preferred by street photographers - one is the Leica Q series - but the higher sensor resolution compared to film allows for less error margin while taking photos. And a bit of film grain make film street photos stand out from the rest, too! 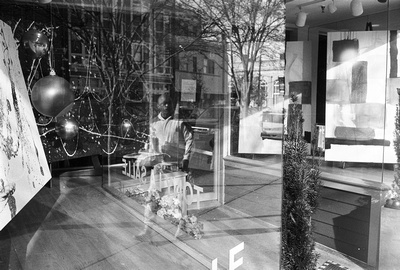 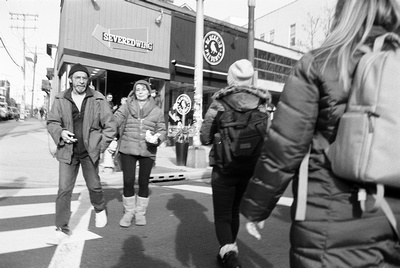 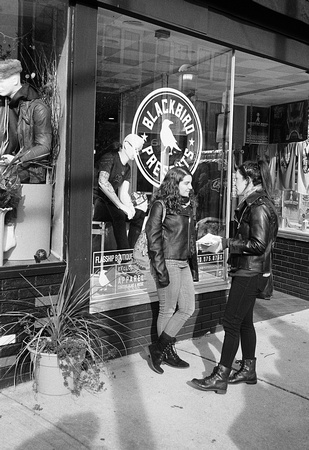 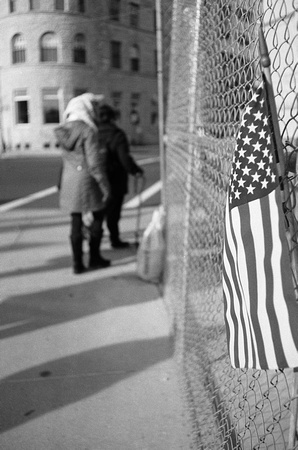 Both media work well here - it comes down to personal choice. Digital offers the big advantage here to see directly after the shot if light, aperture, and exposure were selected correctly, or if something should be changed. Film keeps you in the dark until the film is developed - long after the subject has left the studio. For B&W portraits, I still prefer film over digital for reasons mentioned earlier. I might even use a larger format film camera to decrease depth-of-field and get for example the medium format look. But even with 35 mm and a faster lens, you can create some great artistic work in portraiture. You could try shooting both digital and film, but this takes more time - okay if you have a patient and understanding model. If you do it commercially, stick to digital here. The workflow is faster and more reliable. You can also show the customer the photos using the camera back with the screen.

I prefer nearly 100% film when it comes to fine art photography. Why? Because I don't need to hurry here, it is mostly a static scene where I take either time to prepare the scene (still life) or walk the scene to find the right angle to a subject. Film helps me to be totally focused on the composition and immersing into the scenery. I select the surprise in the outcome on film over the gratification of success with digital. The simpler the better here from my experience. But it is a subjective feel - somebody else might just do as well with digital. 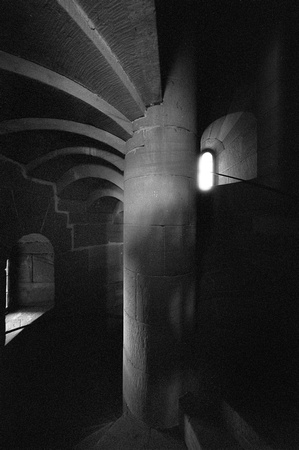 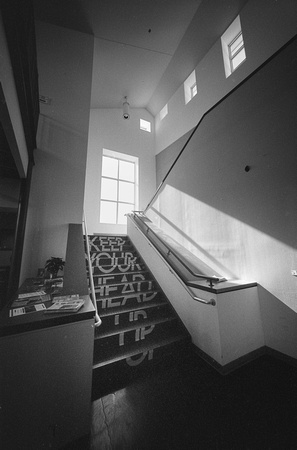 Without doubt, do yourself a favor and do it digitally! Even I love film shooting, this is not the situation to use it - it will only lead to frustration. You better have an electronic viewfinder (EVF) to ensure correct focus applied before releasing the shutter. Film rangefinder cameras can normally only go down to 0.7 meters as minimum focus distance top the subject. With digital, there is no limit - with the right tools (for example diopter lens, extension tube, or macro lens) you can get as close as needed to the subject. It is a huge benefit over film. Since the focus is very shallow in macro photography, review the taken digital photos to determine if another shot should better be taken with improved focus. 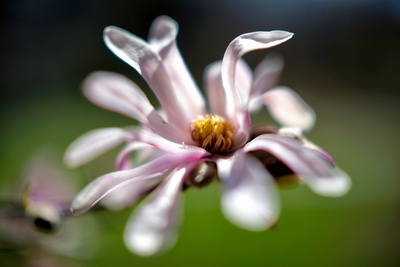 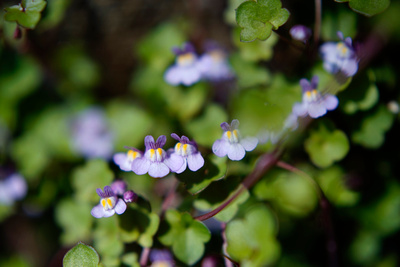 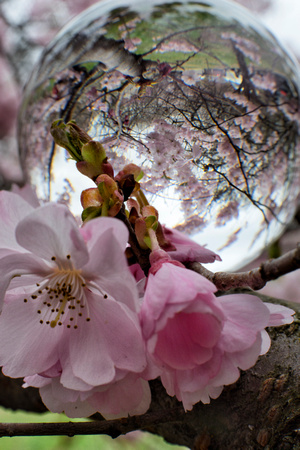 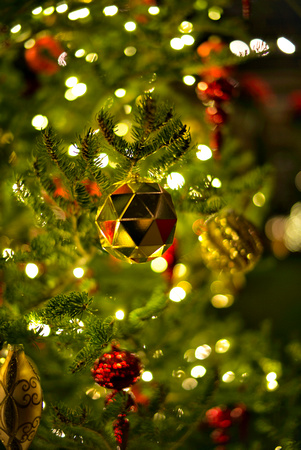 I am not a sports photographer, but this is another area where film simply can't compete with digital. Formerly professional sports photographers were highly paid by magazines to take the fast photos needed in sports - everything had to be quick from taking the photo to the fastest possible development time for film. Nowadays even amateurs can take breathtaking sports photos with an average tele zoom lens. This is due to the improvement in digital cameras regarding shutter speed, shutter priority and Auto-ISO modes, image stabilization, and excellent AF capabilities. Any kind of film camera remains an underdog at best here.