After getting my Leica IIIc (see story in my previous blog), I looked for options for an affordable 35 mm LTM lens. Quickly I found that used lens prices in this focal length even on screw-mount are horrific. An original Leica 35/3.5 Elmar lens is already difficult to get just for $350. It is funny - 35 mm seems a focal length high in demand, and since LTM lenses can be used both on M-mount cameras as well as on any kind of mirrorless digital cameras, prices climbed up in general for LTM rangefinder gear. Great deals can still be found for a variety of 50 mm lenses or with longer focal lengths, but at 35 mm things get tricky. Probably one of the best deals regarding quality and price is the Voigtlander Color-Skopar 35/2.5 LTM lens which goes between $250-300.

This is if you stick to the traditional brands. There is an alternative option especially when shooting with film. I already have an excellent Leica 35/2 M-mount lens, therefore I didn't want to spend several hundred bucks to get just another 35 mm LTM-mount based lens. The alternative are lenses made in Russia - they carry names as FED, Industar, and Jupiter. Some wider lenses used after WWII the exact same Zeiss Biogon lens glass and designs after Russia took over some of Zeiss manufacturing plants and lens construction blueprints in Eastern Germany. Later The Russian lenses were mass-produced with lens design variations from the original blueprints. Big advantage for amateurs is that those lenses are still very cheap compared to their western counterparts. But the low cost also comes for a price - Russian lenses tend to have more copy variation due to a much lower quality control in the plants. They suffer from some lens curvature making the image less sharp in the corners of the frame if not stopped down to f/11 or f/16. This field curvature with color cast issues in the corners of the frame is much less severe on film than on digital cameras. To use it on my Leica IIIc camera, I was more interested having a lens with character and a less perfect one.

I read some reviews and watched Youtube videos about the Russian Jupiter-12 lens - which is a 35/2.8 lens - which seems to be mostly fine especially on film where I wanted to use it mainly for. Prices for this lens have also risen in the past few years obviously driven by higher demand. I found prices mentioned in reviews dated several years back of $50 which I didn't see anywhere today. Even worse, known used photo gear resellers in the US have this lens listed by name but always shown as unavailable. I suspect there is not enough revenue for them to purchase and sell cheaper Russian lenses. When I screened the market, I did not find any Jupiter-12 lens offered in the US. On Ebay, prices were about $80-100 without shipping fee from Russia or Ukraine. Not so cheap either for a high uncertainty what I might be getting and without an easy way to return the item if needed. I waited a while, and then found an offer on Ebay for a Jupiter-12 lens in good condition with silver-looking metal housing for $60 (plus $25 shipping). The lens was made 1960 in the Lutkarinskij Optical Glass Plant and is likely one of the PT0825 series. I highly recommend reading the description of the lens on the Ebay posting in detail since the lens condition is key. The value of the lens is also connected to the manufacturing date, where it was made, and which version it is. I focused on a lens which is optically in very good condition without fungus, dust, or scratches and cared less about the lens version. As a bonus, this lens came with newer lens coating reducing flare. I figured this was worthwhile trying and ordered this lens. It took nearly 4 weeks to arrive here in the US - but it also came a long way from Siberia.

The lens arrived well packaged in bubble-wrap inside a small cardboard box. As shown in the item's description on Ebay, it came with the front cap but unfortunately had no end cap protecting the sensitive protruding lens element in the back (there was no end cap shown on the original Ebay post either, but I still hoped it would be included). The lens seemed disassembled at some point because the focusing ring was a bit loose. I could easily fix this by adjusting one of three little screws on the focus ring. The focus ring moves smoothly between 1 meter to infinity. Only in the small gap between M (macro) and 1 meter distance, the focus tends to be a bit jumpy and less smooth. The lens elements all look very clear without dust or scratches as promised. The aperture ring - which is accessible as rotating plastic element where normally the filter sits on other lenses - moves well, and the aperture blades change accordingly. The aperture ring serves a secondary purpose since it is built like a lens hood. The lens sits well protected deep inside this ring. The purple-blue lens coating reflects when directly looking onto the front lens making it hard to see the actual aperture blades. The large lens element on the back of the lens also looks like new and fully free of scratches. Only the lens barrel below the screw mount shows some wear of past usage which does not affect usability. The screw mount of the lens is fine and fitted perfectly on my Leica IIIc camera. The outer silver lens barrel looks nearly mint and must have been well cleaned before it was sent to me. The rangefinder focusing also works extremely well with this lens at all distances. Online I found on an older website the hint that a plastic film canister protects well the rear end of the lens in case the original cap is missing (The original caps alone go for >$15 on Ebay!). So overall not a bad deal for $60 - now I was curious how it would perform actually taking photos with it.

I took a couple of shots with the Jupiter-12 on Ilford PanF+ 50 film on a sunny morning. I explored apertures wide open to stopped down to f/11. At f/2.8, the center of the image is still sharp but the rest is all blurry providing some nice effect. Con here is that the lens flare instantly can become an issue - I hoped the outer lens would be protected sufficiently by being quite deeply inserted inside the lens barrel but unfortunately this is not the case. Even with a "R" coating I got flaring and overexposure in the upper left corner of the frame since the sun was on the right when taking the photo. 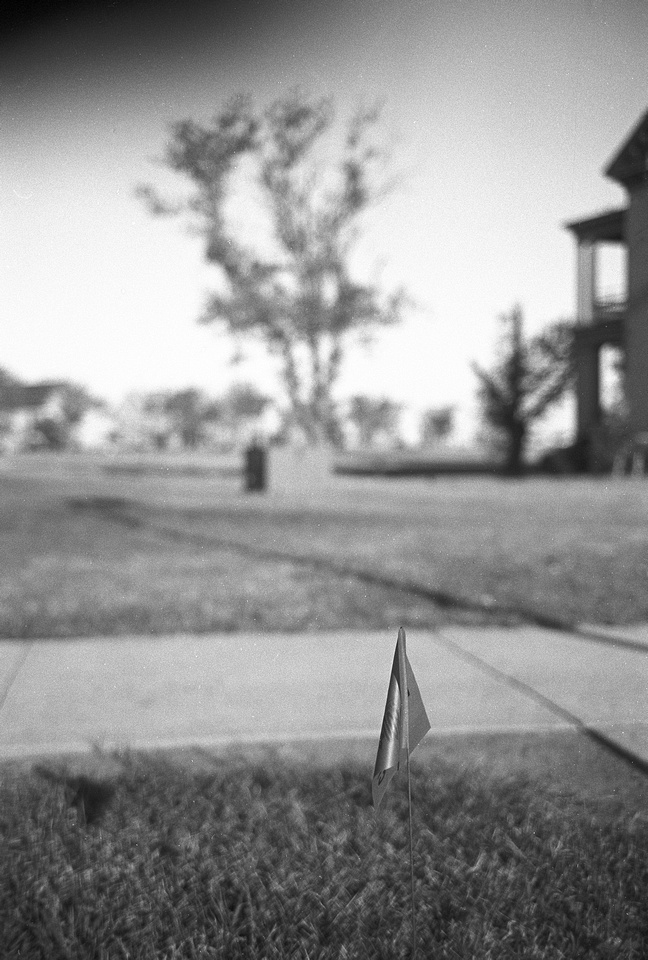 At f/4 the lens is still only sharp in the inner image circle, the corners look like creamed with vaseline. This might give some interesting vintage-looking effects, but when I took the photo this was undesired. Even f/5.6 still doesn't make the details in the corners of the frame sharp - it's getting better at f/8 but still not sufficient. To get a decent corner-to-corner sharpness, this lens has to be used at f/11 - which makes it a very slow lens especially when using low ISO film speeds. 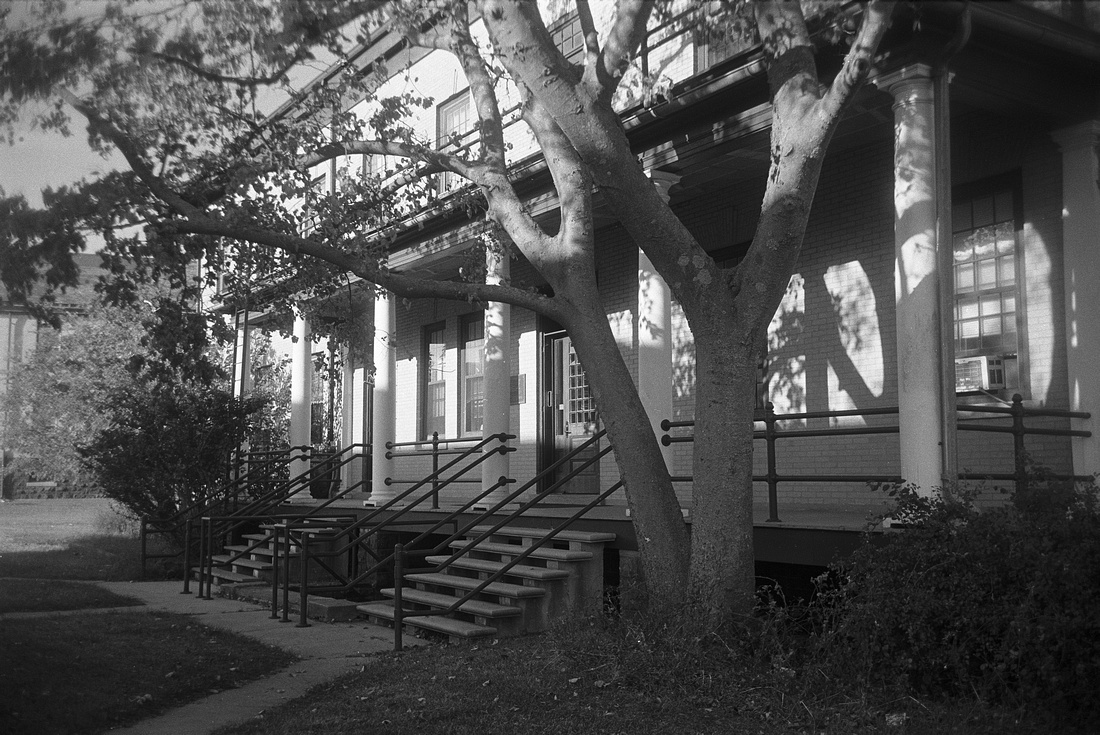 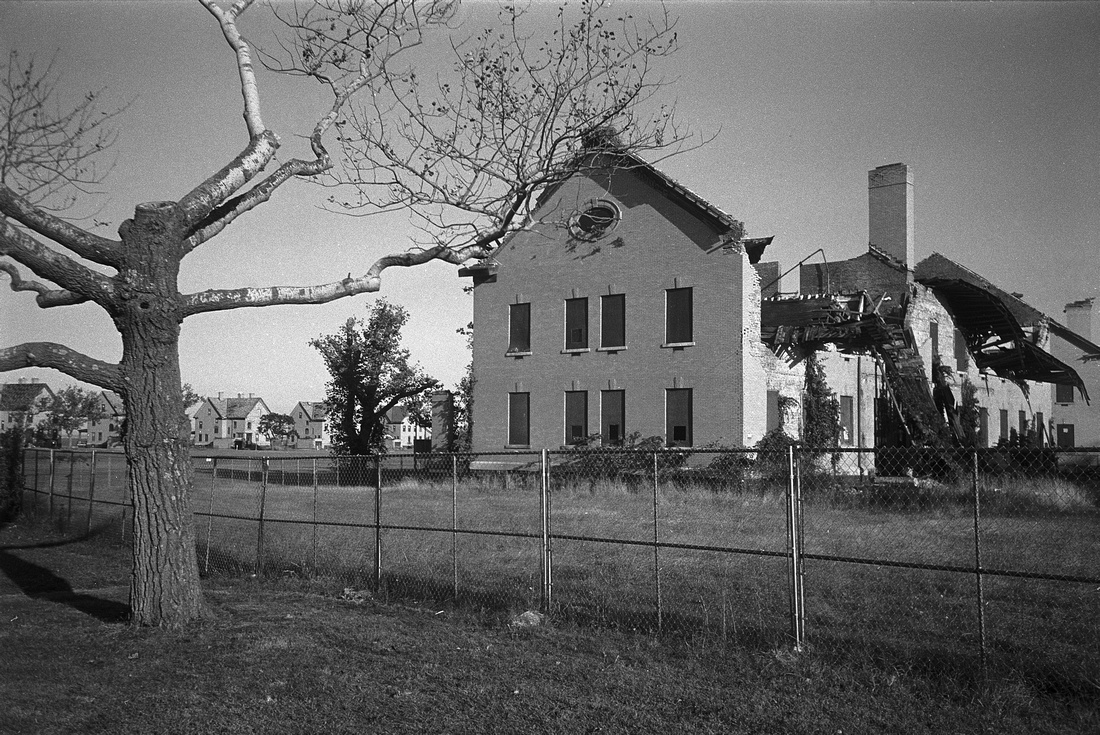 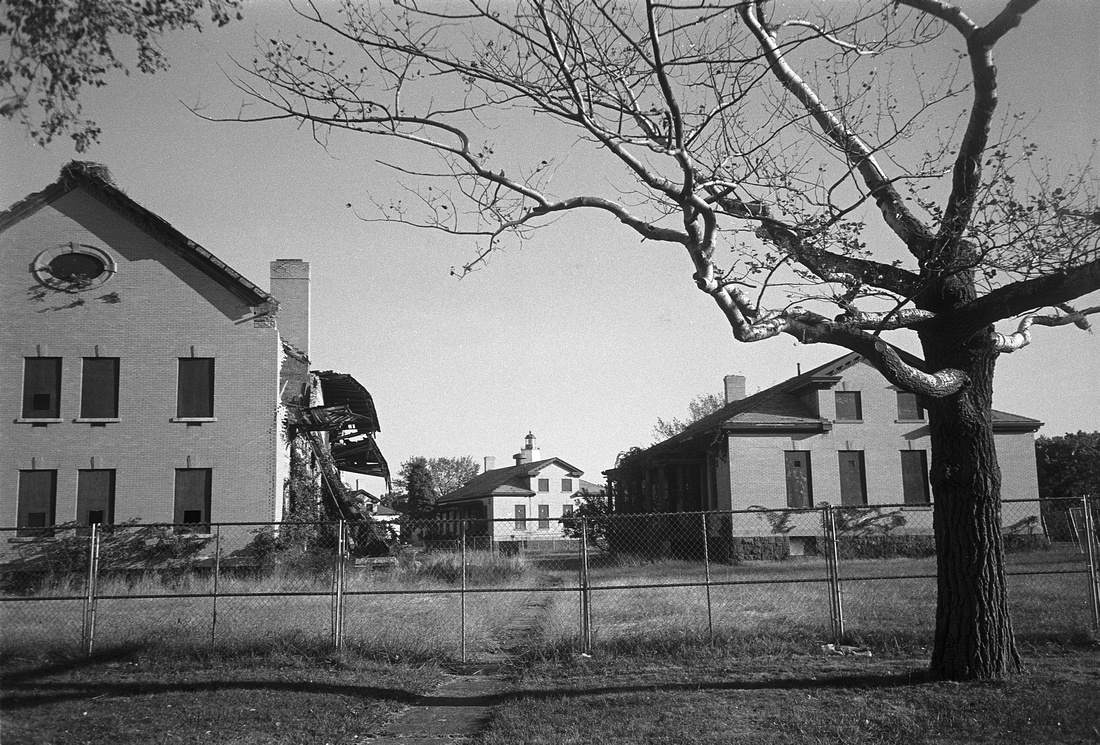 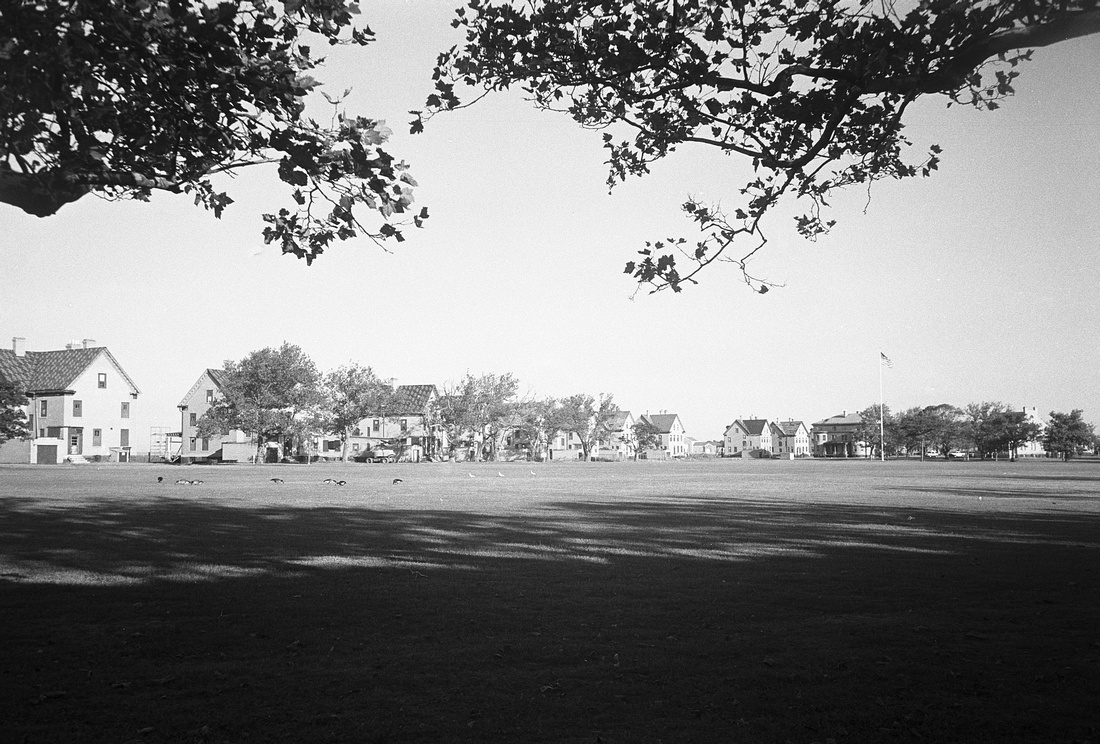 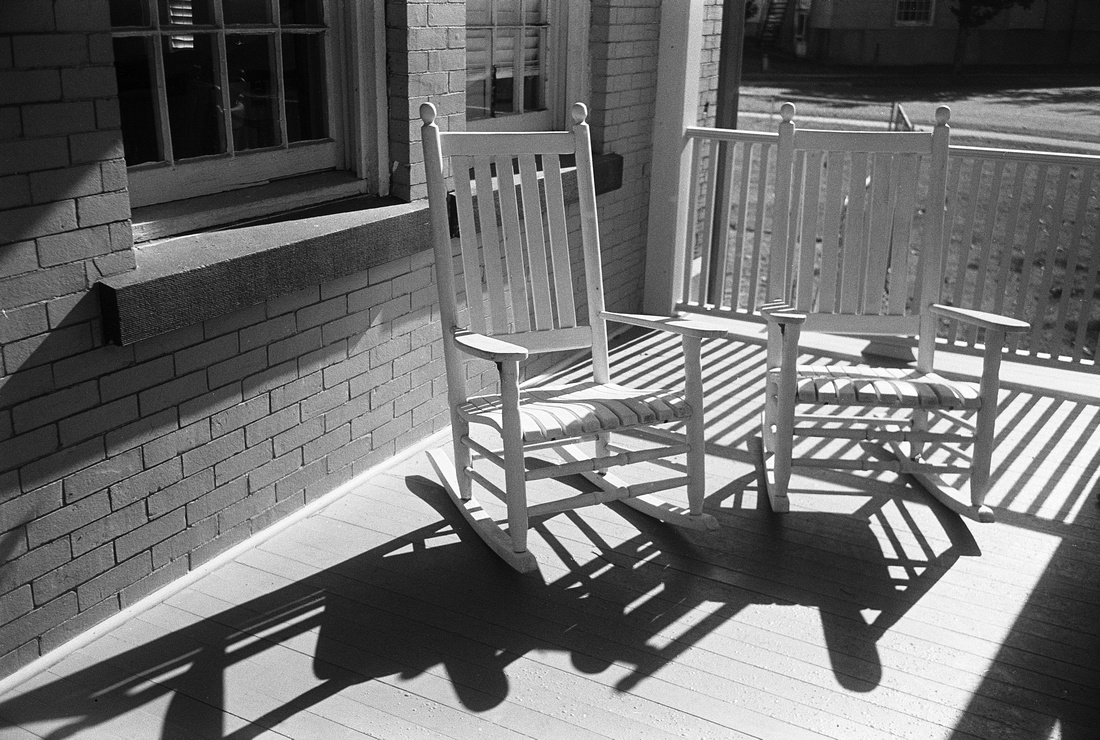 I expected a bit more of this lens and felt sort of disappointed when I scanned the developed film negatives. It might still be okay for some vintage-looking full body portrait shots where the corners have some artistic blur - no other lens can do this easily like this one does. For now I am keeping it but decided to buy online a better Canon Serenar 35/2.8 LTM lens for triple the money paid for the Jupiter-12 lens (performance of this lens will be part of a future blog).

I was also fortunate to acquire locally a Industar (FED) N-61 lens which also comes with M39 mount, PT4735. It was formerly used on a Russian FED3 rangefinder camera where this 52/2.8 lens came as standard lens. The lens is available  in different variations with slight variations in focal length (50 to 53 mm) - mine is the quite common nicknamed "Zebra" version made between 1965 and 1972. The serial number on my lens indicates it was made in 1965. It uses a Zeiss Tessar lens design and is coated. This lens goes around $20 online and is a great deal for the image quality it delivers. It is not a very fast lens with f/2.8 but its aluminum lens barrel and small lens elements make it very light and compact. My lens copy had no scratches and no visible delamination issues. It has 10 aperture blades which close in a circular pattern (I read that the newest version of this lens uses a star pattern instead when it closes - it provides a very artistic but also unnatural looking bokeh IMO). Unfortunately the filter size diameter of 40.5 mm hinders to use my standard 39 mm filters on this lens. But my original Leica lens hood 12585H which came with the Summitar 50/2 lens fits perfectly also on this lens (it clips on from the outside).

In opposite to the sort of mushy Jupiter-12 lens, this Industar N-61 lens was a big positive surprise to me. The scanned negatives taken with this lens blew me away regarding sharpness - it certainly is sharper in the corners than my Leica 50/2 Summitar lens. Little details in the corners of the frame can be easily seen even at wider open apertures with this N-61 lens. This lens competes in the league of best slower 50 mm lenses which I own - and this only for $20! It also works flawlessly adapted on my Sony A7R for digital photos. 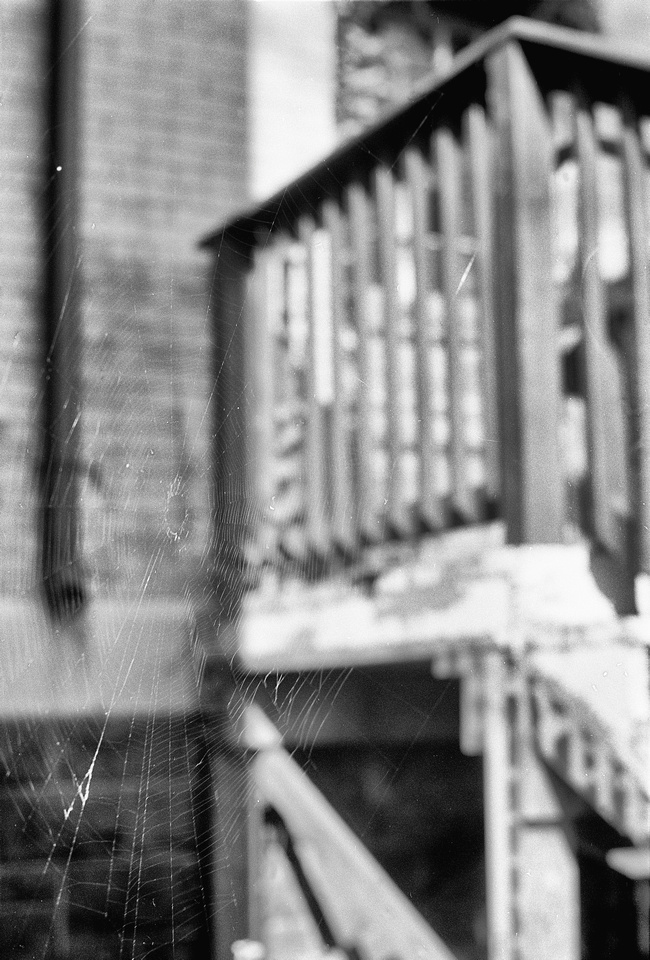 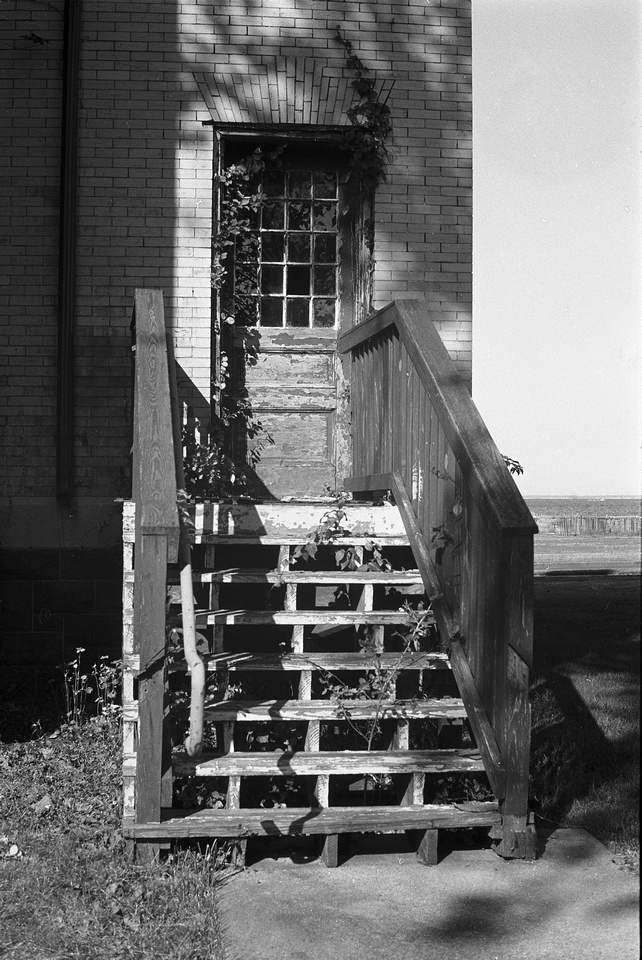 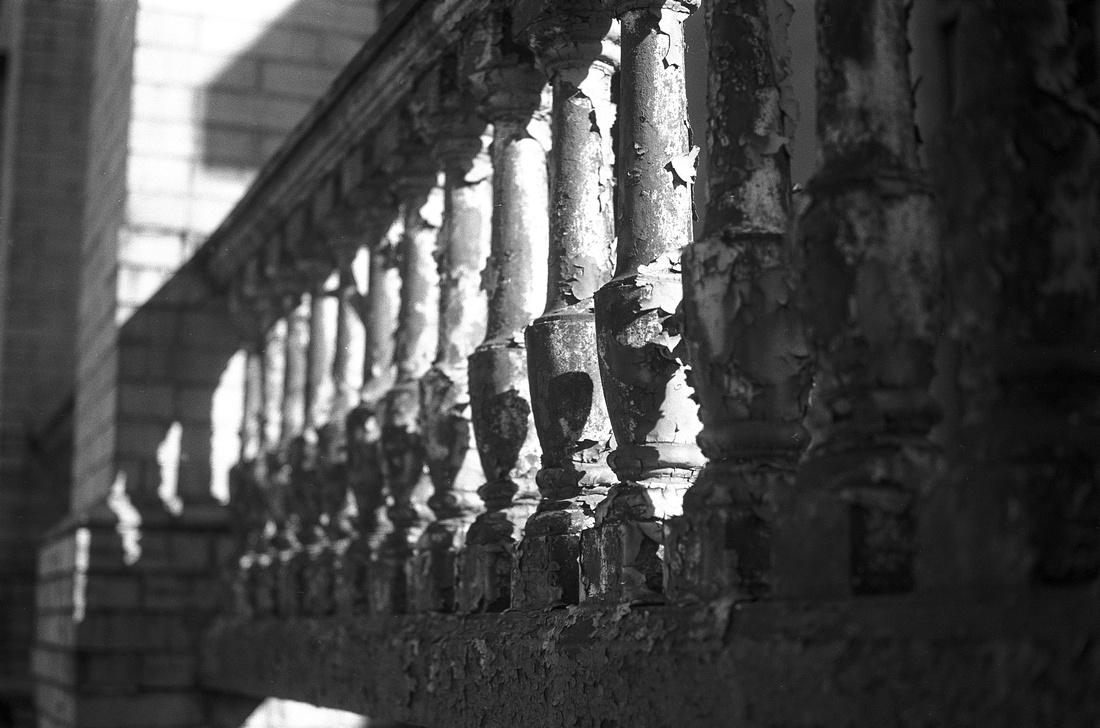 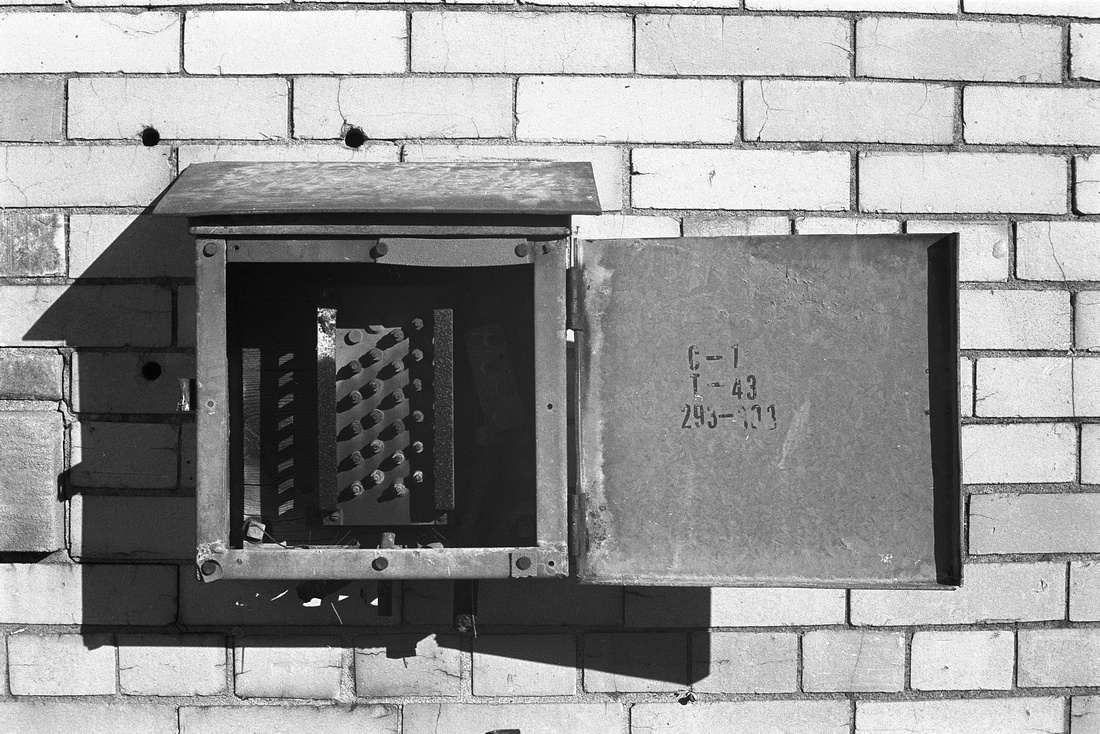 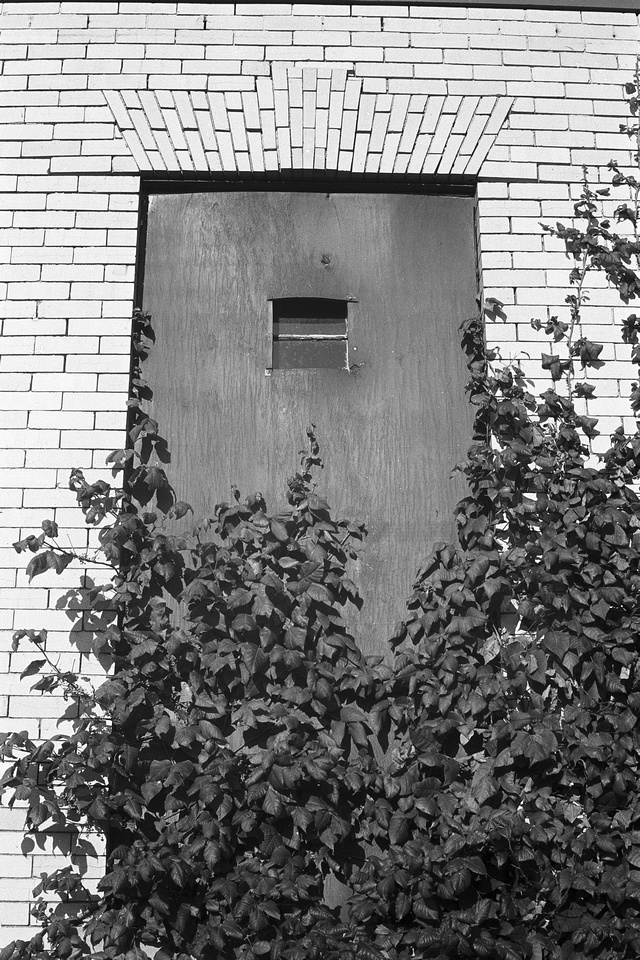 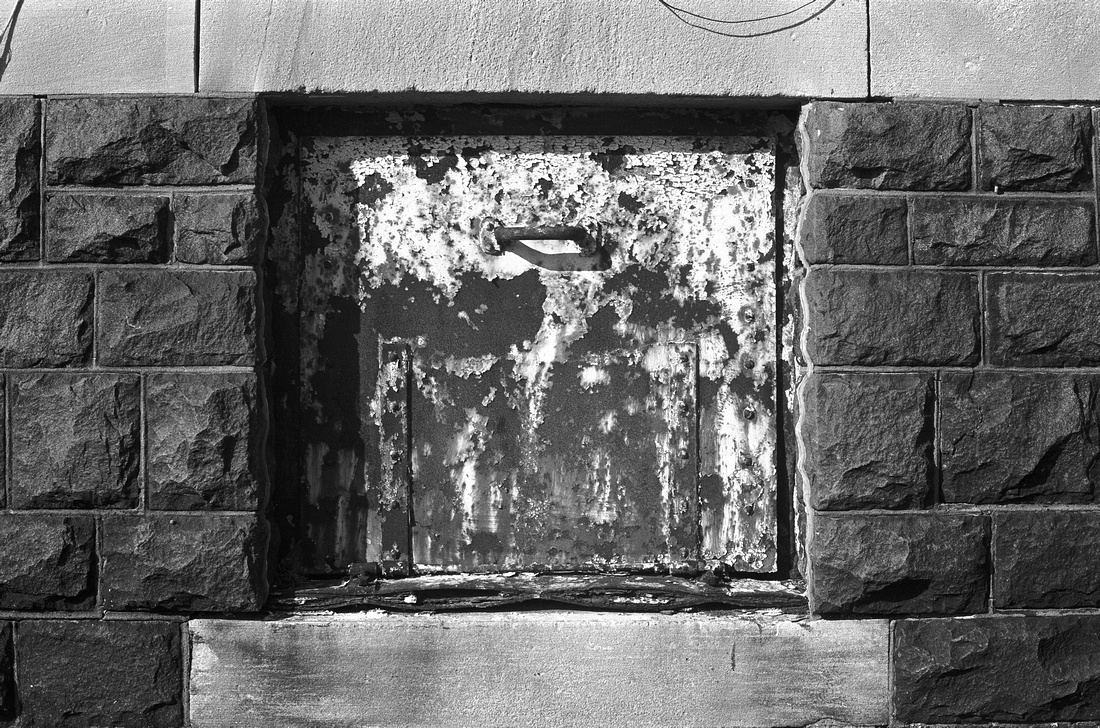